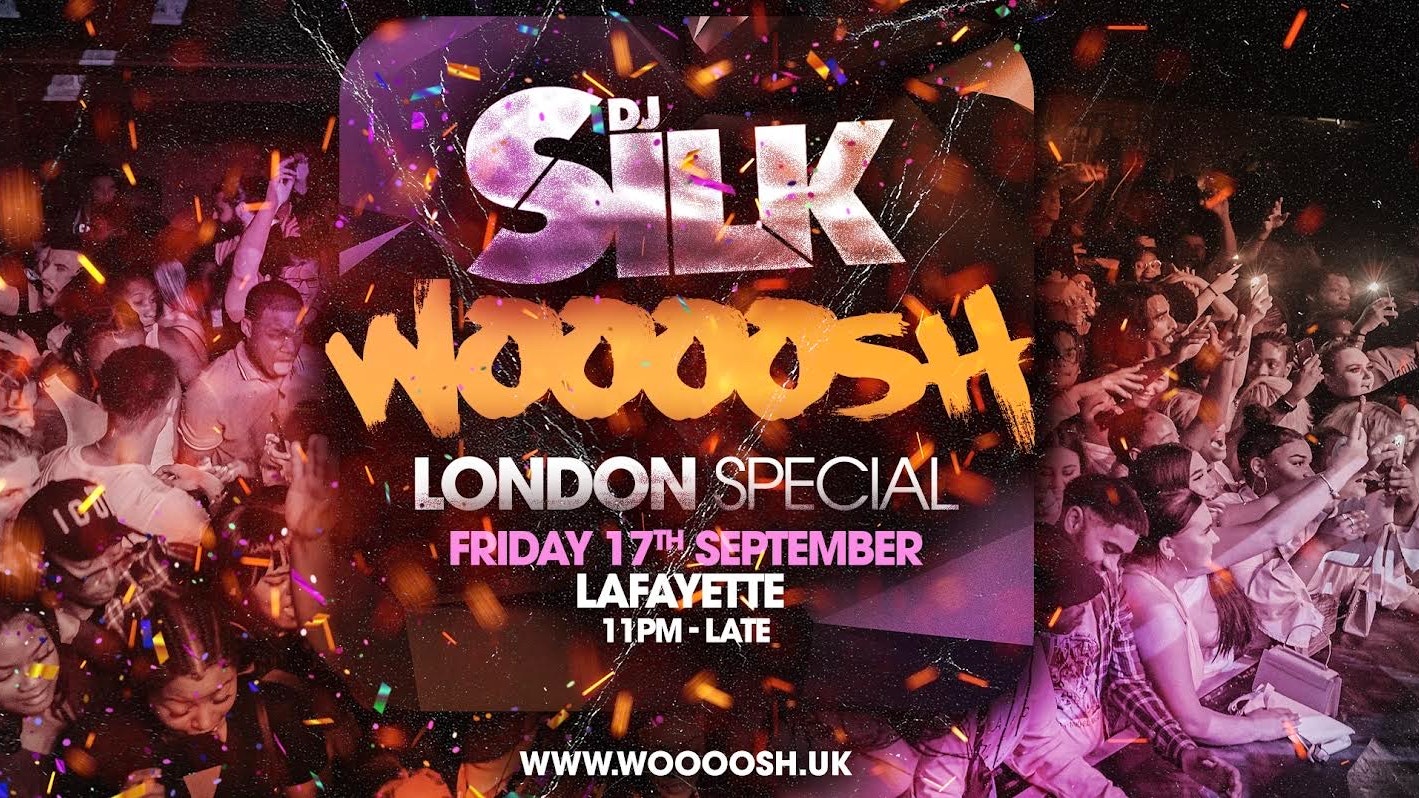 During lockdown a lot of djs were left without an audience as clubs were closed, BUT some djs took the time out from normally turning their skills to other uses, and one of those djs was DJ SILK from the midlands.

The already legendary DJ decided he wouldn’t waste lockdown, he wanted to stay active and stay connected with his audience, playing the music he loved, to people that loved what he did.

He decided he would try live streaming at the weekend, with 3/4 hour sets from his home studio through Instagram Live (then subsequently through Twitch) to fill the void for people (and himself) that the closing of clubs had brought… many djs had the same idea, but Silk’s live streams started catching people’s attention, firstly through his already established and loyal fan base in the midlands, who already knew him as the ‘King of Brunch parties’ with his SOLD OUT Throwback Brunches at Pryzm in Birmingham before lockdown, to then gaining a following across the UK (and abroad) organically. There was a snowball effect, and his following started to sky rocket through word of mouth. His weekly streams started attracting hundreds and then thousands  every week!

And so, with restrictions gone.. DJ SILK has been bombareded with requests, so it became evident that it’s now time to take these unforgettable vibes to the clubs!

(Birmingham’s event sold out in 1 day!)

Get Ready for Vibes, energy, selection, and the best clubbing audience around!

DJ SILK has also put together a line up of top tier guest djs (TBA on Sunday) to bring the noise playing hip hop / RNB / bashment / trap / drill, from the classics to new cool, expect a night of pure energy and vibes in one of London’s coolest new exclusive venues, LAFAYETTE in Kings Cross!

This line up of top tier djs is impressive in itself, if you’ve witnessed these three guys in the club you already know what to expect, nothing but shellings! They know how to bring the noise, expect nothing less than the best of the best, playing the biggest hip hop / RNB / bashment / trap / drill bangers, from old to new, expect a night of pure energy and vibes in one of London’s coolest new exclusive venues, LAFAYETTE in Kings Cross!

Bring your voices (you know SILK loves to get the crowd singing the anthems), and shoes you can dance in cos we’ll be partying until the early hours. This will be an unmissable, unforgettable launch to a brand new hip hop and RNB club night for London… WOOOOSH!

Lafayete, 11 Goods Way, London N1C 4DP
There’s Parking close by in a multi-story and the closest station is of course, Kings Cross

MRRA
18+ ID may be required to enter, Please Note tickets are fully
refundable if Clubs can not open due to Covid:19 and social distancing.
However they are non refundable in general, but can be transfered to
someone else. for Info contact us.