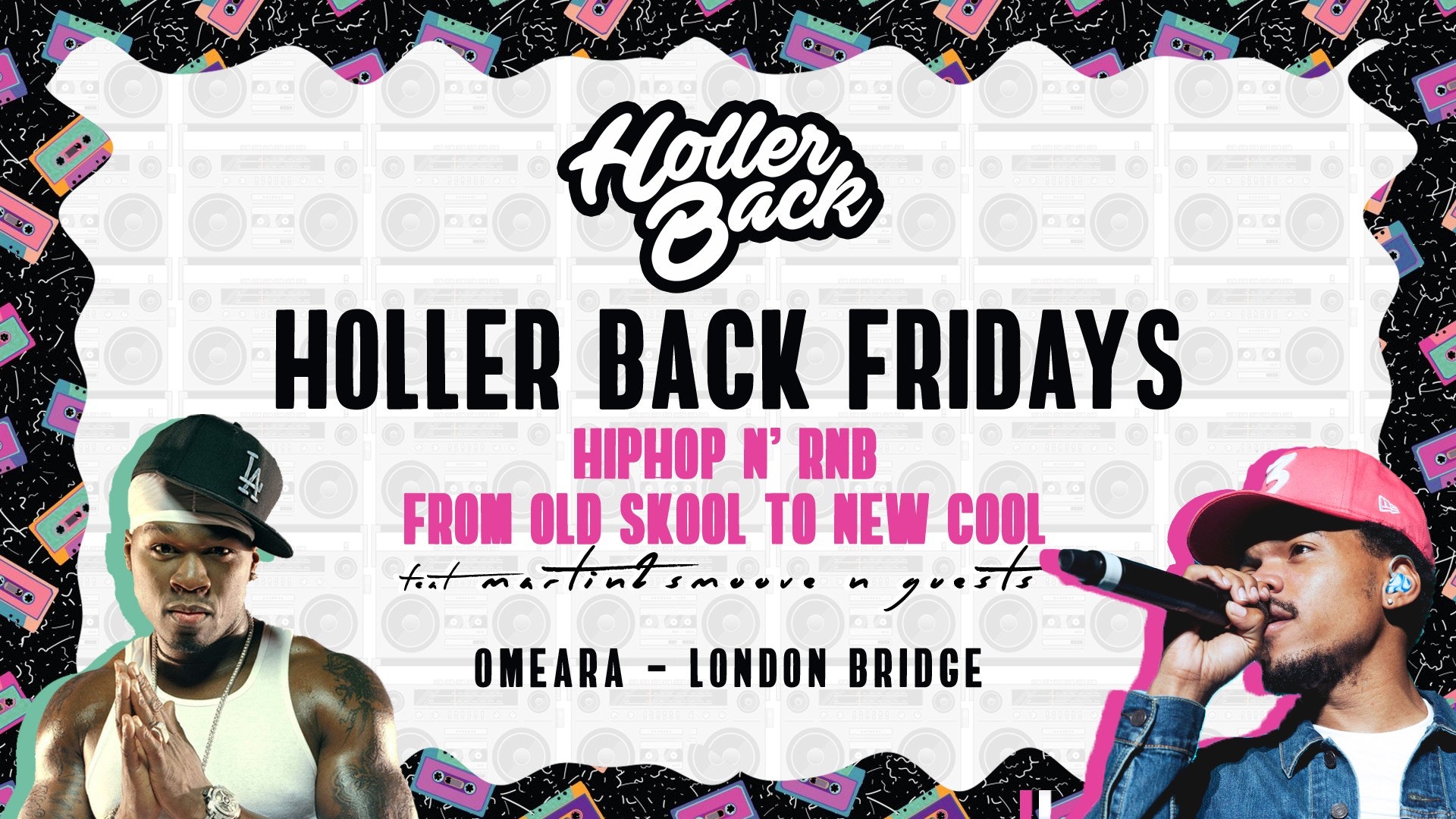 Get Yourself Tickets NOW!

London’s Hottest Friday Night party for anyone who wants to ACTUALLY DANCE is here Held at the South London Culture Hub Club that is OMEARA We’re a night that brings you the best in Old School & New Cool each and every Friday!

And yeh, like well IT’s Holler Back and it’s time to get down and boogieeeeee so Read on for all the info

TICKETS:
So yeah, like get a ticket, come on down, Lead Back, whilst we keep it real and Holler Back!
(They start at £5 every week, even bank holidays!) (We also have a 5 for 4 Ticket Offer!)
OFFERS:
Celebrating a Birthday? Staff Do? Party at Work? Email us now for Good Bookings & Booths n that: hollerbacklondon@gmail.com
Born this Month?! Grab a Free ticket now! It’s free for those born in the month they want to attend! Text: ‘HollerBack Bday’ to 07792664320 (Must be booked & confirmed in advance)