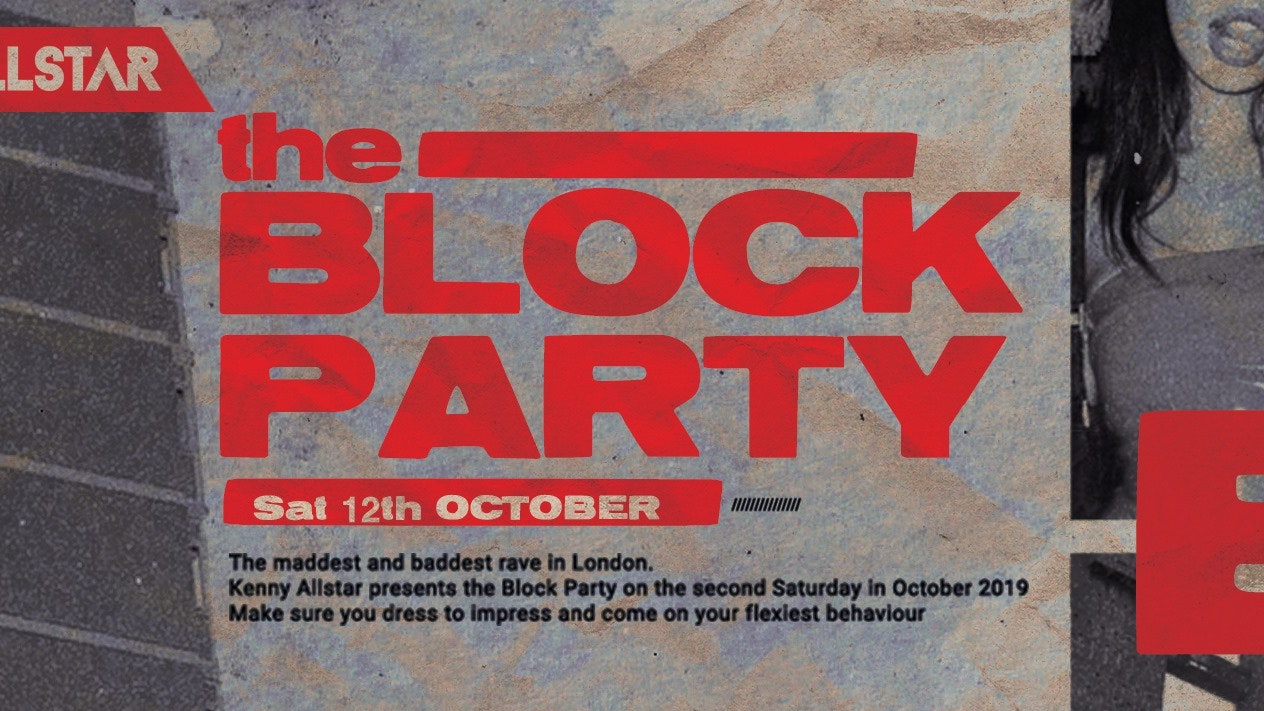 After Kenny Allstars Crazy Summer; Shutting Down Festivals, Traveling the World, hitting the charts and of course killing his BBC Radio 1Xtra Residency.. It’s Time for Kenny to finally throw another of his Legendary Block Parties!

It’s what the streets have been waiting for…

Millions of views and countless records spun, Kenny doesn’t fail to bring fire after fire to everything he does. Affiliations with some of the best artists in the country it’s straight bangers only, the streets always listen!

Expect a night to remember, with a host of special guest DJ’s and live performances from the UK’s hottest artists, all hosted and headlined by the ‘Voice of The Streets’ himself Kenny Allstar.

Kenny Allstar has fast become one of the UK’s leading pioneers in urban music, from his energetic, charged DJ sets to his charismatic approach to championing the music he loves.

From AJ Tracey, Nines, KOJO Funds, J Hus, Headie One and Skengdo & AM Kenny has worked with them all! His Debut single in 2018 with Headie One broke down he doors he needed and how is firing out hit after hit!

This is one party not to be missed. Don’t play yourself and get your ticket now. It’s going to be a movie.