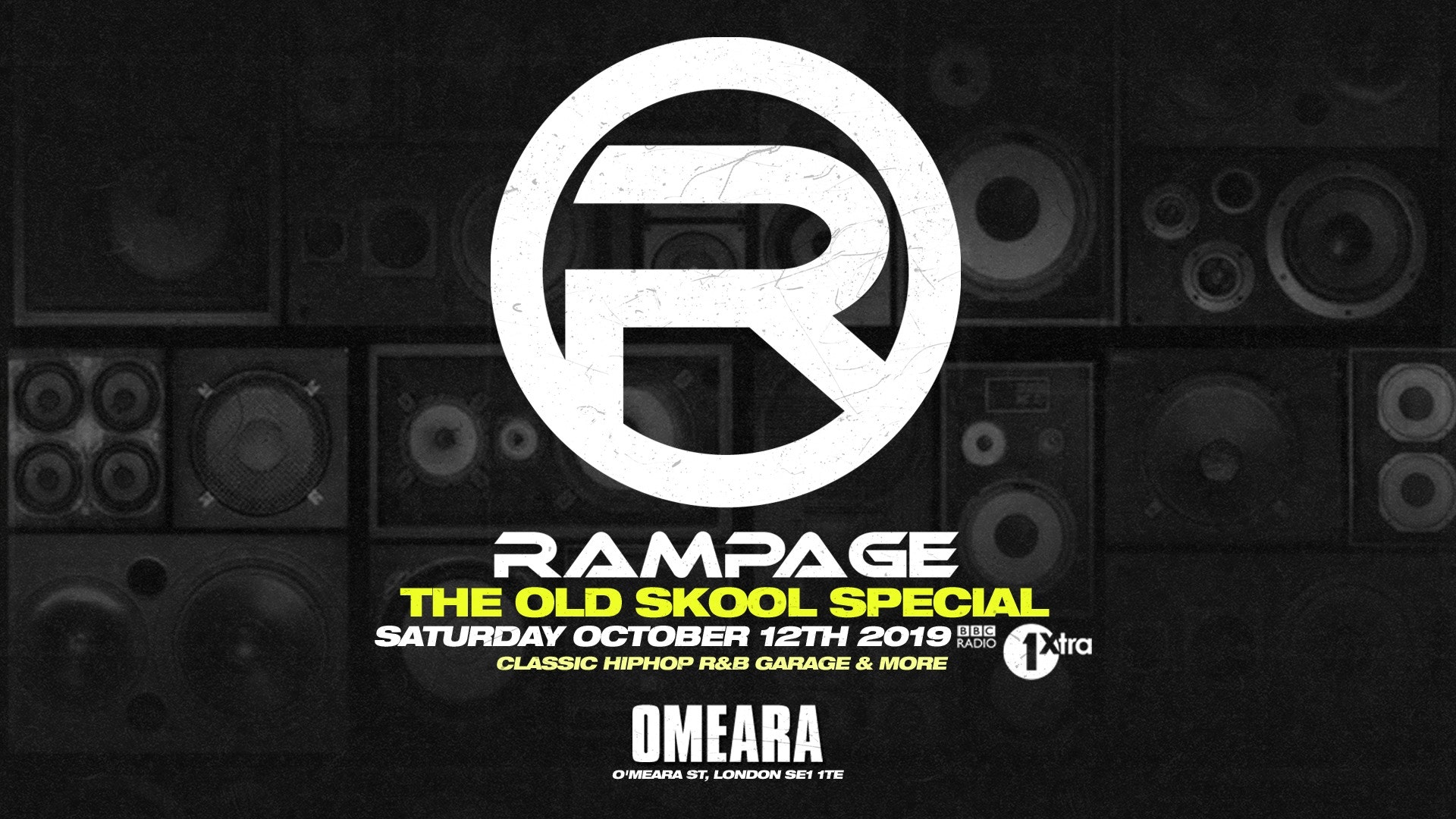 Carnival Legends Rampage Sound are back with another Huge Old Skool Party in one of London’s Hottest Nights Spots on Saturday October 12th.

In August 2019 BBC Radio announced the new line up of their Old Skool Sundays’ and it was set that “The legendary Rampage crew will take 1Xtra back to its roots with a new weekly show. The DJ collective, who co-hosted the first ever show on 1Xtra when the station launched, will return to where it all began to deliver a multi-genre sound-system feel to the slot”

The show will launch this October and in true Rampage Style, the team have decided to throw a strictly Old Skool party the night before on October 12th celebrating the best in old-skool Hip-Hop, R&B, Garage, Dancehall and Reggae all night long.

With some very special Guests, the whole crew behind the decks and of course the best tunes from across the decades, it’s safe to say this will be an old skool party to remember.

Tickets are online from all good ticketing sites now

Legends Rampage Sound host the largest static sound system at the Notting Hill Carnival, with over 15,000 people at any one time, and has featured performances from Sean Paul SwizZz Beatz, Stormzy, Mark Ronson, Buju Banton, Ms. Dynamite, Wiley, and many many more! Rampage are renowned as pioneers of the urban sound in the UK, know in the industry to have literally “Done Everything” Tour DJs for Kanye in London, Nas in Cardiff, Wyclef in Miami, Jay-Z in Scotland, Usher in London, etc. Legendary urban club nights such as SW1 in Victoria, commonly known as one of the best black music club nights to ever take place in the West end of London.

Celebrating a Birthday? Claim a FREE Ticket Now! If you’re born in October you can claim a FREE ticket to this event by texting ‘Old Skool Bday’ to: 07792664320 and await your reply.

Table Reservations are Pretty much free of Charge if you’re in a group of 8 – Just purchase a Table Reservation Ticket for a Table to be reserved under your name; the reservation includes the reserved table and entry for up to 8 people on the night. Extra tickets can be purchased on top if your group is larger. For more info contact bpmldn@gmail.com