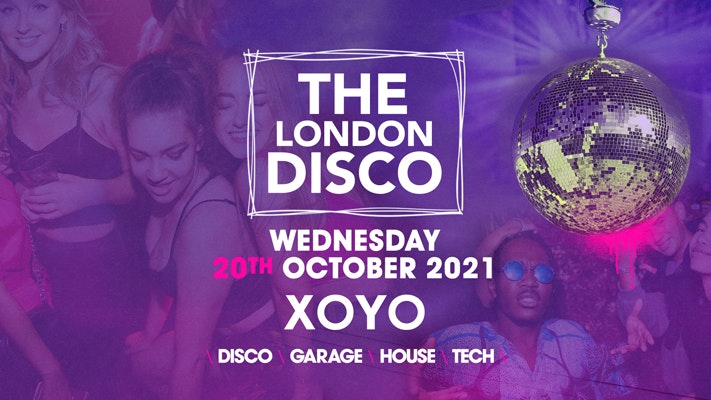 A Student night for those that don’t don’t really want to do a Student Night. You know, lovers of a bit of Ketflix and Pills init; the dippy warriors that want to shuffle and dream 💊

But yes, get ready to fill the vaults of XOYO with nothing but the best in Disco, House, Techno and a little bit of 2 step Garage alongside cheap drinks on Wednesday October 20th for the London Disco.

XOYO is one of London’s best venues, week in week out rammed the the rafters with music lovers alike. Listed within DJ Mag’s top 100 venues of the world; the clubs secret to success is that it keeps things simple; a dark basement, big sound-system and a euphoric lighting system second to none ⚡️🔥

Expect an eclectic blend of house and disco to keep you moving all night long; something a little deeper than them club remixes of Rihanna you will probably hear at other ‘Freshers’ events 😲😲 And Jump to a little bit of UKG mixed with the best in techno to keep you shift shift shiftin.

Plus we got cheap student drinks n dat from £3 👽

Last year was NUTS Check out the photos here: https://www.facebook.com/pg/MilkshakeOfficial/photos/?tab=album&album_id=10156707011653284&ref=page_internal

For those who only do real music.
XOYO
32-37 Cowper Street, EC2A4AP London;

We Reserve the right, to if required by law, ask for Health passports and documents for entry, but until it’s law we don’t be doing so.