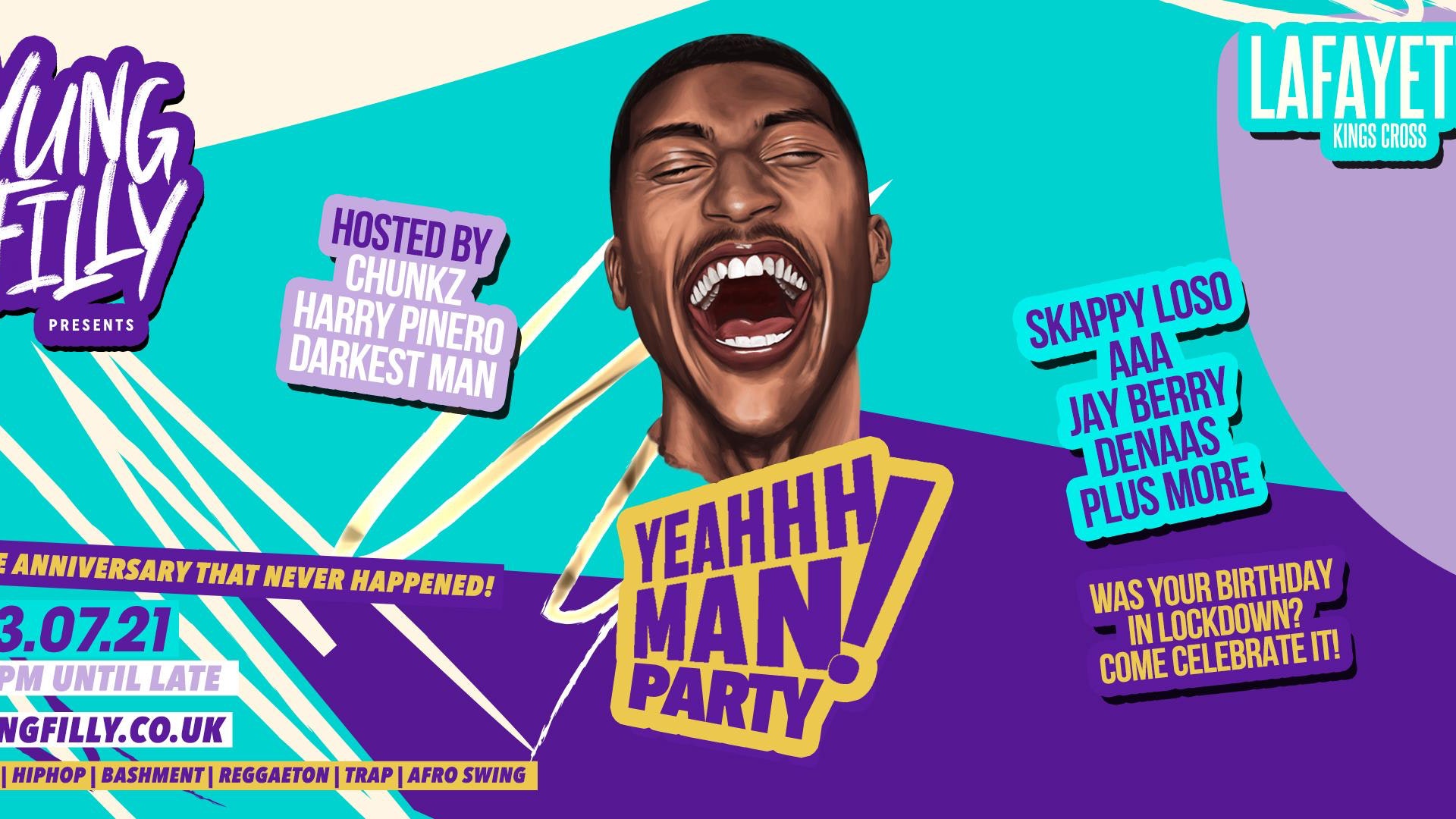 After an 6 epic nights since it’s launch; the time has come for all Affiliyates to celebrate our 2 Year Anniversary. This one is going to special, you don’t really want to miss it, trust!

Yeahhhhman it’s The Anniversary that never happened so you know we gotta turn the f*ck up. Oh for sure it’s going to be a celebration!

It’s going to be really really LITTY… It’s going OFF!!!

This time we just flipped the switch, this night is gonna be poppin, it’s really going downnn and is once again hosted by one of London’s hottest presenters Yung Filly, Youtube sensation Chunkz, Public Figure Harry Pinero and did someone say Darkest Man….

Hosted by the man himself you can expect a party reaching the energy levels only Filly can bring; featuring some of the best Hosts and DJ’s in the city:

Spinning up the best in HipHop, Reggaeton, Bashment, Trap & More! All Hosted by living Legend CHUNKZ | HARRY PINERO | DARKEST MAN And The Man Himself Yung Filly with some VERY Special Guests…

*Lafayette was due to open officially last year but never opened to the public as Covid hit. It hosted one private event before being forced to close in Feb 2020 which was a private to invited guests show for Apple Music and featured Brits winning London rapper / genius (Santan) Dave, who celebrated his album wining Best Album at the Brits with his only live performance in 2020.

Tickets are very limited so please purchase your tickets ASAP, because you won’t want to miss this, and there will be no tickets on the door as this event will sell out!